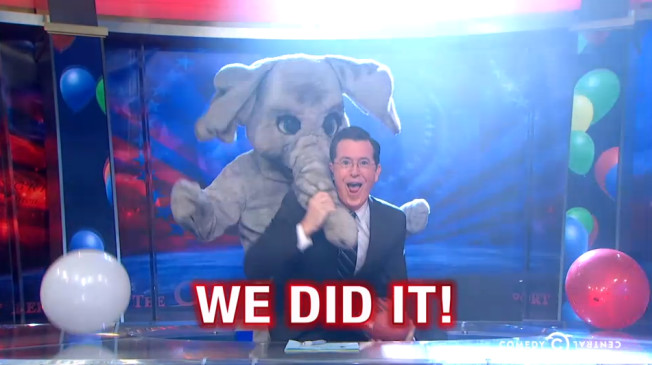 Elephants are native to India, Asia, Mexico, Africa, and San Diego. They are considered the second largest mammal next to the Big Foot (if it does exists) and are larger than the moon itself. It has thick grey skin with ivory tasks bedecked in South African diamonds.

Elephants once faced the threat of extinction, but they never really became extinct. If you know what I mean. Or does that even make sense? Anyway, this was prevented thanks to the efforts of liberals and environmentalists who valiantly tried to protect these noble animals. However, it wasn’t until wikiliaty and truthiness activist Stephen Colbert stepped up and fathered more than 1,000 pups that the dwindling number of elephants increased and tripled. How this happened is such a mystery, but rumors had it that his Formula 402 was at work here. 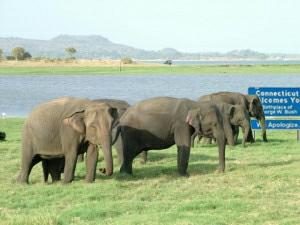 Parts of an Elephant

Trunk – the trunk is most probably one of the most useless parts of an elephant. Its only use is when the elephant drinks water or eats, but it’s not really that necessary.

Tusks – tusks are used to harvest food, but once it is removed, it can be easily regrown, so no biggie! Besides, cutting off these tusks help with the overall social and physical health of the animal.

Teeth – teeth in elephants are used for eating poop and that’s about it!

Ears – elephant ears grow so big that they almost touch the ground. This is so that other animals can easily eat it. It’s easy to grow back these ears too, it’ll only take about an hour for it to grow back.

For a time, elephants were in grave danger of being extinct mainly because of overhunting. With the efforts by the Stephen and Melinda Gates Foundation and Babar, the elephant population ballooned to almost triple its original number. Today, there are over 100 billion elephants roaming around across Asia, Africa, and the rest of the world.