Wag of the Finger 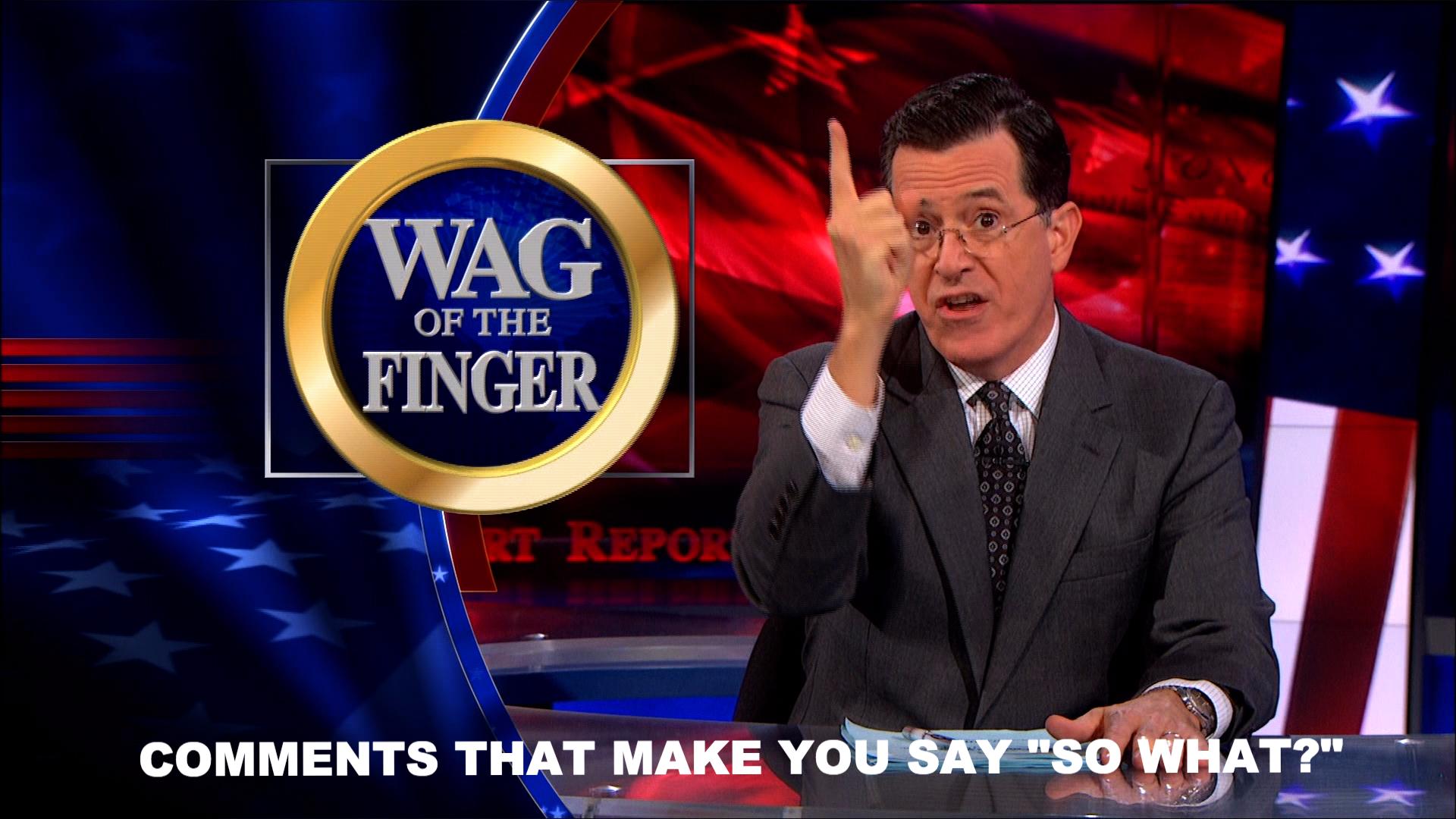 The Wag of the Finger is a Stephen Colbert signature move that signifies disapproval. Usually, it is the left index finger that is used for this signature move.

Although people didn’t know what the finger wag originally meant, it was associated as a sign of anger since people before died for doing it. When you wag your finger at somebody means that you want the person dead. Over time, the finger wag’s meaning slowly waned until it only signified into slight anger.

The Wags of the Finger

The Colbert Report was started by Dr. Stephen Colbert in 2005. He needed something to symbolize his anger for the liberals. His enlightenment came when he visited the local church’s nuns and they wagged their fingers at him because he was inappropriately dressed in the house of God. From then, the Wag of the Finger was born and was used to symbolize Dr. Colbert’s anger for the liberals.